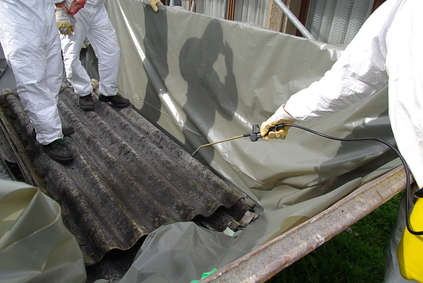 Thanks to its tensile strength, flexibility, as well as its insulation properties and other properties such as chemical inertness, asbestos, was once one of the most popular building materials in the world. It was also a very affordable building material and that saw it being used in a lot of homes that were constructed before the 80s.

That legacy means that a lot of the old homes still contain traces of asbestos even though in the past three decades, there has been a considerable effort to clear asbestos in the built environment around the country due to its carcinogenic effects.

The Carcinogenic Effects of Asbestos

Asbestos contains fibers which when inhaled can lead to a host of respiratory illnesses including lung cancers, pleural cancers, mesothelioma and an asbestos-specific respiratory condition called asbestosis. There is no well-defined asbestos exposure threshold so even the smallest amounts of asbestos could be dangerous.

What is the Chance That There is Asbestos in Your Home?

More than 30% of houses that were built in Australia have varying traces of asbestos-containing materials. In a few cases, the houses may contain friable asbestos materials. If your house was built before the mid-80s, check to see if it has undergone any serious asbestos inspection and removal in the past. Even homes that were built between the mid-80s and 90s may still contain some asbestos. While asbestos was banned in most of Australia during this period, it is possible there were developers who might have violated the ban or were unaware of the ban. It is rare but still worth looking into. Australian homes constructed after the 90s are unlikely to contain any asbestos containing materials (ACMs) as they were built when the asbestos ban was in full effect.

What Areas Could Contain Asbestos?

Due to the indiscriminate use of the yesteryears, there are various parts of the built-in environment in the home that could contain traces or friable asbestos. These include the following:

Most people would simply Google to find the right service but that is the wrong strategy. Search engines generally present the best rankings online and not necessarily the best service. At Services Melbourne, you can go through a more qualitative hiring process where we connect you to the best service to meet your needs. We only add the good contractors to our platform so to give our clients the best value. We know the presence of asbestos in your home is a risk to your health and we don’t want to gamble with that.

Asbestos removal professionals can carry out various asbestos removals services in your Melbourne home. These include the following:

We provide Asbestos Removal Services all over Melbourne. Here’s a list of suburbs we cover: